Laguna Playhouse Is A Wonderful Venue!

How can it be that I had NEVER been to the Laguna Playhouse?  It is a really wonderful surprise! It is a fabulous venue to watch an exceptional play, music or other performances right here locally. At this time, this intimate 400-seat-theatre is emphasizing the holiday spirit in their production of Peter Pan. It runs thru Sunday Dec. 29th and is really something that I would highly recommend doing. Lythgoe Family Panto presents:  Peter Pan and Tinker Bell-A Pirates Christmas.  The play stars Seinfeld’s John O’Hurley as Captain Hook, Ashley Argota as Tinker Bell, Lincoln Clauss as Peter Pan, Bryce Charles as Wendy, Dakota Lotus as John (both Bryce and Dakota had magical voices. And Ben Giroux, who is hilarious as Smee and keeps the scenes on-point and engages the audience too! This was a great, interactive family show that was filled with chuckles, magic, dance, and current pop music …
Read More 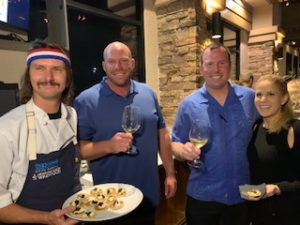 Ironwood Cellar*Craft*Cook is located in Laguna Hills (on La Paz near the 5 Freeway). This is one of three restaurants owned and operated by a wonderful restaurant group founded by Russ Bendel. His Operating Partners are all well-established in their own right, including: Gabe Whorley (think draft cocktails), Jared Cook (think Executive Chef), Kevin Franke, Kyle Simpson, Patrick Fanning and Paul Villa (think Management with a big ‘ole smile).  In fact, we are so proud that in October Russ Bendel just won “restauranteur of the year” at the Golden Foodie Awards!  A huge honor!  (In this photo from left to right is: Jared Cook, Gabe Whorley, Russ Bendel and Jamie Gwen in above image.) So about the other night…. A group of media folks and foodie fans gathered Thursday night for a wonderful evening under the stars!  We celebrated the team, as they showcased for us their delicious new …
Read More 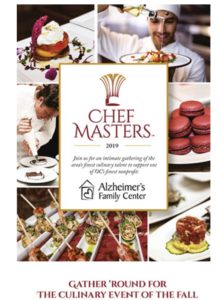 Another fabulous event is in the books for Chef Masters 2019. In its second year, it was held on October 27th, 2019 at the stunning Pasea Hotel & Spa in Huntington Beach, CA. The evening began on the expansive outdoor lawn which overlooks PCH and the Pacific Ocean beyond.  Our beloved chefs, favorite wineries and local luminaries all rally behind this event because it benefits the Alzheimer’s Family Center in Huntington Beach.  The amazing Kristin Martin, is the producer and does a phenomenal job. I always marvel at how calm, cool and collected she looks as she greets all the guests with a big smile and warm embrace. With so many moving parts—over 60 chefs, wineries and various vendors, entertainment and all the catering details—- it is a staggering responsibility.  Just try to imagine keeping track of all that! Kristin is also the producer of the Table for Ten—a chef-driven …
Read More 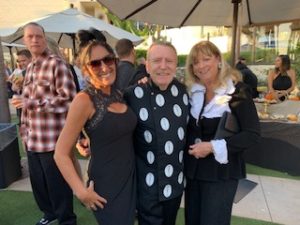 The Golden Foodies® is an event honoring Chefs, Restaurants Food and Drinks. With its eighth year in the books, the Golden Foodies is a stunning event that honors the Best Chefs, Libations and Cuisine of chef-driven and independent restaurants. It is the “People’s Choice Food Awards” as patrons and foodies do the voting on all but a few of the awards. I know this is hard to believe but I had never been to the event. I am usually traveling in Europe in late September as I cannot stand the heat of summer with no air conditioning.  But this year, I was here and was just so thrilled to be attending and seeing so many wonderful friends and associates. The setting was the Marriott Hotel & Spa at Fashion Island. They did an incredible job as did the many restaurants that participated. It is really not ONE event, I dare …
Read More 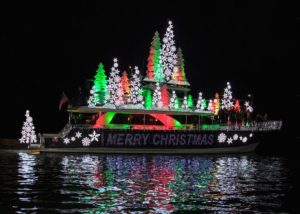 Photo Credit: Visit Newport Beach CELEBRATE THE SPECTACULAR 111th ANNUAL NEWPORT BEACH BOAT PARADE HOSTED BY SONS OF AMERICAN LEGION-ON THE BALBOA PENINSULA IN NEWPORT BCH. This is a rare opportunity to attend a holiday event at the American Legion-Squadron 291, which is typically open to “members only”.  In the spirit of the holidays, please join us on one of the five nights when the award-winning annual Christmas Boat Parade will be showcased in the spectacular Newport Harbor. The festivities kick off Wednesday December 18th and running through Sunday December 22nd, 2019.  There will be over 200 boats and ships artfully decorated and dressed for the holidays. Many boats will have cheerful holiday music with carolers on-board and boaters will be waving to us on shore and wishing us a Happy Holiday. It is truly an evening of fun for the entire family. Please Make Your Reservations Now! Details are …
Read More 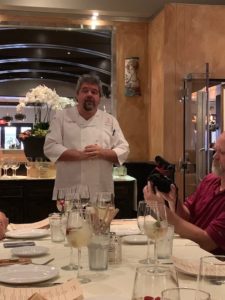 Launching September 23- October 6, 2019, Chef Ugo Allesina and his team will feature a very special seafood-driven menu with various starters and entrees to choose from.  Prego is located at The District in Tustin and the restaurant has a lovely dining room, bar area, patio, private dining room and a Chef’s Table that seats eight in front of their wall of wines. I was lucky enough to garner a “preview” of the incredibly delicious fare and wanted to share some of these highlights and photos with all of you, my loyal readers. Every single item that I tasted I would gladly order again (and will during this special offering)! You can just taste the incredible freshness, house-made pastas and sauces, the sauté shrimp done to perfection, salmon lightly grilled, the rich sauce from the mussels was divine. It was all amazing. We also enjoyed beverages that were perfectly paired …
Read More 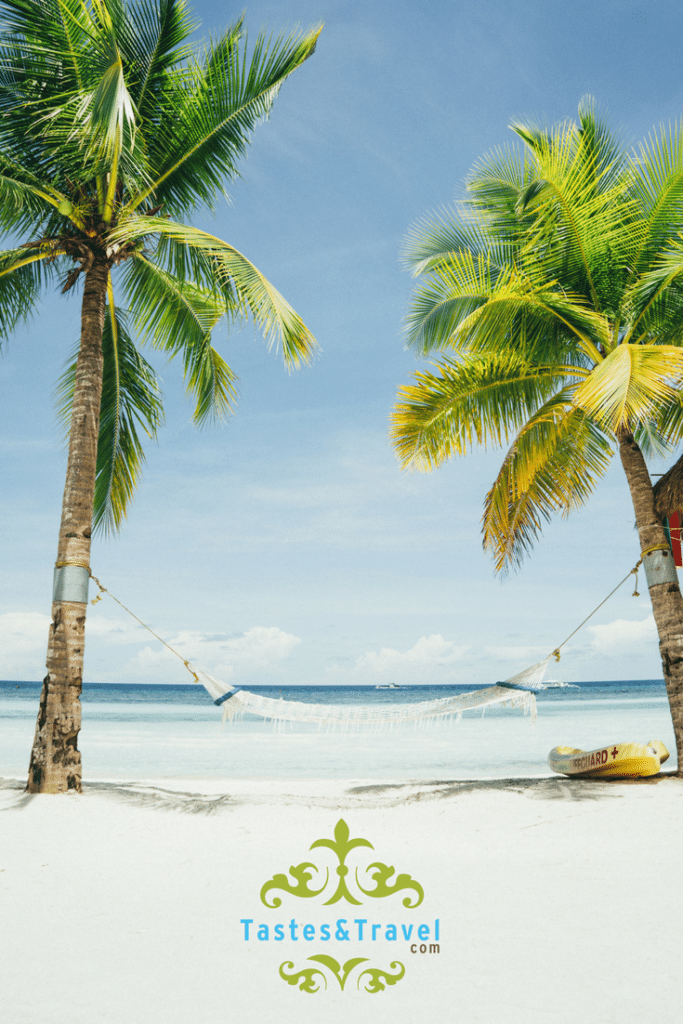