The Golden Foodies® is an event honoring Chefs, Restaurants Food and Drinks. With its eighth year in the books, the Golden Foodies is a stunning event that honors the Best Chefs, Libations and Cuisine of chef-driven and independent restaurants. It is the “People’s Choice Food Awards” as patrons and foodies do the voting on all but a few of the awards.

I know this is hard to believe but I had never been to the event. I am usually traveling in Europe in late September as I cannot stand the heat of summer with no air conditioning.  But this year, I was here and was just so thrilled to be attending and seeing so many wonderful friends and associates.

The setting was the Marriott Hotel & Spa at Fashion Island. They did an incredible job as did the many restaurants that participated. It is really not ONE event, I dare say it is THREE events!!!  I am not sure how Pamela Waitt (President of the OC Restaurant Association) and Tricia Cook (VP of Operations) do it all. Many moving parts here, that all move to the beat of the music in perfect unison. And everyone is so darn happy too! It is a wonderful event and the best of the best are all here, front and center.

Then we all headed into the Ballroom and the theme of the evening was “Fine Dining in Cinema”. I nibbled on the delicious caramel popcorn on my place setting and enjoyed as the award portion began. The ballroom tables are overflowing with Copper Cane Wines, Melissa’s Produce, Desserts by Mixed Bakery, Gourmet Popcorn by Sweet Surrender and Devil’s Cupcake with Bourbon Buttercream and Cracker Jacks by Chef John Park, TOAST. Perfect sips and snacks for this cinematic evening. Our hosts were Aarti Sequeira, TV host and cookbook author and Neil Saavedra host of the popular Fork Report radio show. I have seen Aarti at the Palm Desert Food and Wine Festival doing a demo and she is fantastic. She is always so funny and genuine. Neil is the perfect host and knows literally everyone in the room!

The After Party was not to be missed. I thought I would pop in for a few minutes but two hours later there I was snapping selfies with friends and laughing until my cheeks hurt. DJ Mark Moreno had it all going on. Specialty drinks were by: Maker’s Mark® : Apple Manhattan and SOUR, The House of Suntory Cocktails Featuring: Roku Gin, Toki Whisky and Haku Vodka, and Hornitos® Black Barrel® : Tequila Manhattan and Black Mule. Beer was by my favorite: TAPS Brewery & Barrel Room, and waters were by: Acqua Panna and S. Pellegrino.

PLEASE TAKE A MOMENT TO VIEW THIS TWO MINUTE VIDEO I HAVE CREATED THAT HIGHLIGHTS THIS SPECTACULAR EVENING!

And With A Drum Roll… Here Are All The Winners..

Two Extra Special Awards Were Given Out-

The Legacy Award went to the Avila family, founders of Avila’s El Ranchito Mexican restaurants. They have 11 locations in Orange County, including in Newport Beach and Corona del Mar. The restaurant was launched in the mid-1960s by Salvador Avila, with recipes created by his wife. His children and grandchildren continued the Avila legacy still today. Each of the restaurants is managed by a family member, with many of the original recipes still on the menu, including Mamá Avila’s Soup with chicken broth, chunks of chicken breast, rice, avocado, tomato, cilantro and lime. (This is one of my favorites!)

The Lifetime Achievement Award went to our beloved Chef Pascal Olhats, who has been creating authentic French cuisine in Orange County for more than 35 years. It was so wonderful to have Alan Greeley present this treasured award to him. (Alan owned Golden Truffle for many years in Costa Mesa and came out of retirement in Florida to come be here with us all.)  (And I just wrote about one of the Oldest Restaurants in Europe, when is La Couronne where he used to work in Rouen, France—where he grew up.) You can read about that in Kudos Magazine- Newport Beach out this month in October. And Pascal happened to be at that restaurant when I was writing the article in August and he snapped a picture of he and the owner, standing in front of a picture of Julia Child who had her first French meal in that restaurant!!! Here is the article: http://kudosnb.com/discovering-one-of-the-oldest-european-restaurants-in-rouen-france/)

Olhats has had several noted restaurants, over his 35 years in The OC—including his famed Pascal restaurant on Bristol Street and Brasserie Pascal in Fashion Island. His latest project is his Café Jardin at Sherman Library & Gardens in Corona del Mar. He has a new sidekick at Café Jardin, Chef Jessica Roy, formerly of Current Coastal Cuisine at the Renaissance Newport Beach hotel.  Roy recently won Guy’s Grocery Games on the Food Network, an impressive feat. Look for her to receive accolades soon for her modern fresh twist on classic dishes. And she is so enjoying her own Garden right there on property. She proudly showed it to me on my recent visit.

Olhats recently waged a battle with T-cell lymphoma, but, after treatment, has recovered and is back in the kitchen and teaching French Cuisine cooking classes at Saddleback College. He is a treasure and all of us who visited him, tried to lift his spirits, and bring him food…. what else do we know how to do, right? We are all thrilled to see him doing so well and of course he received a STANDING OVATION when the award was presented to him, while the Elton John song “I’m Still Standing” played in the background. Bravo!  Pascal said, “I’m happy to be here — I’m still standing,” with wild cheers from the audience. He thanked his wife for her support, and also thanked the entire restaurant community for their friendship.

And The Winners Are…

Bartender of the Year

WINNER: The Wait For It – The Blind Rabbit

Restaurateur of the Year 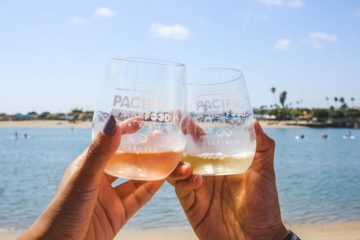 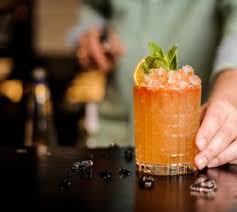 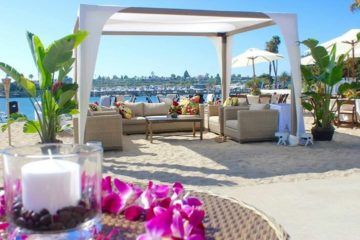 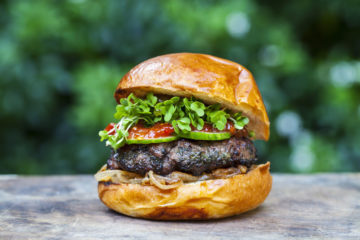